2016; year of the African American Woman 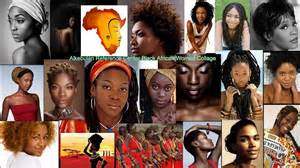 As Serena edges closer to being named the greatest female athlete ever, it is clear that there are a larger than normal number of African American women doing some exceptional things in 2016. I will get to the others, but Serena is deserving of all the accolades that are finally coming her way. She has won more major tennis championships than most countries. Think about that for a minute. She was born with gifts but she maximized that with years and years of hard work.  A testimony to her popularity is her 6 million twitter followers. I am sure many men tune in into her matches just to watch her sculptured physique chase down tennis balls (smile). Although she may be the greatest tennis player, she is not invincible. She lost the in the first round at the Rio Olympics this year. Serena lost, but many African American women won big time at the Olympics. They made a major contributions to the medal count for the United States.

What was impressive is the fact that they won Gold Medals in areas that were once thought to be outside the realm of high performance of African Americans. The events included Fencing, Swimming, and the Shot Put. They have changed the face of gymnastics with Simone building on what Gabby did four years ago. Their supreme grace and beauty is undeniable. My favorite of course, were the ladies of Track and Field. From the powerful young lady with the gentle voice who won the Shot Put, to the captivating Hurdlers and Sprinters. They are collegiate and well spoken, so is no doubt that what these women have among other qualities is intelligence. At the risk of offending some, I could not help but notice the captivating, rhythmic sway these women exhibited at the starting line of each race. The variety of hair styles, the confidence, and the serene beauty of these Black and Brown women made the Olympics infinitely more fun to watch. Usain Bolt’s mother lamented the she wished that he would settle down and star a family. What if Usain Bolt had the understanding to marry one of these women. They would have to ban their children from participating in any sporting event. Knowing this, you can see why they push interracial couples on TV so much these days. If I ended this tribute here, people would say that “Well we know that they are athletic because it’s in them”. To that inevitable comment, I will share this. I along with the UIN team covered the Democratic Convention in Philadelphia this summer. I was pleasantly   surprised by what I saw. This event was  massive, complex, well organized and from my vantage point, it was due largely to Black Women playing a major role in making it happen. At the eleventh hour Donna Brazil was named Interim Chair of the Democratic Party. Some of her accomplishments included being head of the Al Gore failed bid to become president. (Gore won the popular vote but a ruling by the Republican Supreme Court gave the election to Bush). Just to name a few others:

Marcia Fudge, chair of the DNC is a U.S. Representative for Ohio. She was also the first African American to be elected mayor of Warrensville Heights, Ohio.

Virgie Rollins, Chair of the DNC Black Caucus. Michigan’s own, and the lady with the iconic hair style brought volumes of relevant experience to the convention, and the Democratic Party. Her contributions to the Party, and the African American community are too numerous to mention.

These are only a few of the African American women who, if Hillary becomes the First woman POTUS, will owe a huge debt of gratitude to.

“The Year of the Black Woman” may not be an official designation, however, given their contributions to keeping America great, it is duly noted that they are this country’s best and brightest. To borrow a quote from FLOUS, “Black girls rock”.

(note; to view interviews from the 2016 Democratic Convention, go to washingtondc.detiptv.com)