Inside Michigan’s faulty unemployment system that hit thousands with fraud

Millions of dollars in penalties were issued after unemployment insurance agency implemented automated service in 2013 to detect fraud. The system has since been discontinued, but the lawsuits and disgruntled residents remain

In the weeks before Christmas 2014, Kevin Grifka received a letter from the state of Michigan, claiming he fraudulently collected $12,000 in unemployment benefits.

Grifka, an electrician who lives in metro Detroit, had his entire federal income tax refund garnished by the Michigan unemployment insurance agency (UIA). In the midst of the holiday season, he was faced with repaying a five-figure sum.

“To see your wife cry at night is not cool,” Grifka said last year. “The kids, I never told them, they’re too young to even realize, but you look at four months, five months almost, on the phone dealing with people trying to get basically nowhere, and it’s very disturbing.”

But Grifka hadn’t actually committed insurance fraud. He was one of thousands of people, many out of work, wrongly charged by an automated unemployment insurance fraud detection system that began in 2013 under Michigan governor Rick Snyder. 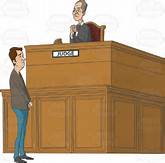 Officials have at least partially conceded the program had problems: last month, the state revealed in a court filing that it quietly scaled back the $47m program, in the wake of intense media scrutiny. Now, all determinations are reviewed and issued by employees, a spokesperson told the Guardian.

The system, known as Michigan Data Automated System (Midas), caused an immediate spike in claims of fraud. In August, following increased media attention of problems surrounding Midas, the UIA pulled back roughly 8,500 fraud cases from the court system that hears unemployment claims to review the charges. A spokesperson for the agency told a local TV station last fall that, upon review of a majority of the cases, only 8% were affirmed to be fraudulent.

It also spent $47m to build the Midas system, has processed tens of thousands of appeals, and battled a PR war over those wrongly denied benefits.

David Blanchard, a lawyer filing a class action lawsuit on behalf of claimants, said the discontinuation of Midas to unilaterally determine fraud represents a “colossal waste of money of the state”.

“At every turn in this administration’s kind of revamping or rebooting of the administrative system, it failed and wasted so much money,” Blanchard said. But the costs went well beyond the implementation period, he said.

“Even when it was operating, it was wasting so much money because then people have to fight for their benefits,” he said. “Then you need to hire more judges to handle the onslaught of appeals because there’s all these ridiculous fraud determinations, and all of the sudden people have tens of thousands of dollars on the line and garnished.”

By last summer, the administrative court system that oversees unemployment cases had a backlog of 23,000 appeals.

In 2014, the Michigan unemployment insurance agency established nearly 27,000 fraud cases, according to a 2015 memo Gray sent to the US Department of Labor – totaling about $57m in penalties. That roughly doubled how many fraud cases the agency determined in 2012.

The Sugar Law Center, also a plaintiff in the federal case, has said it has received a substantial increase in complainants after reports last year uncovered problems with Midas.

The fraud charges took a significant toll on applicants already out of work. The University of Michigan’s unemployment insurance clinic recently added the number for a suicide hotline to a referral resource page on the program’s website, Gray said. 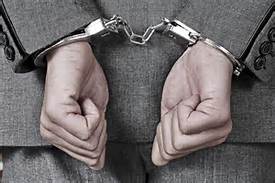 “We had just a number of clients who were so desperate, saying that they were going to lose their house … they’ve never been unemployed before, they didn’t know,” he said.

Multiple lawsuits were filed in 2015 against the UIA because of Midas. According to a pending federal lawsuit, in which the state revealed it discontinued using Midas for fraud determinations, the system “resulted in countless unemployment insurance claimants being accused of fraud even though they did nothing wrong”.

Blanchard said that many unemployment applicants may not have realized they were even eligible to appeal the fraud charge, due to the setup of Midas.

And the fines could be significant. A Michigan resident interviewed last year by a Fox affiliate in west Michigan said the unemployment insurance agency fined him $80,000 – nearly a year after he was fired by his employer for attendance problems.

As fraudulent claims spiked, bankruptcy petitions filed to discharge the fines and penalties assessed by the UIA also increased. The state routinely intervened in bankruptcies to challenge those claims.

A local bankruptcy attorney told the Detroit Metro Times last summer that he had as many as 30 cases in 2015 tied to debt with the UIA. Before Midas, he said, he’d have at most one client per year with such claims. In one case, the attorney’s client sought to discharge over $23,000 in restitution and alleged fraud penalties – despite having already paid back $7,600 to cover restitution.

The Detroit Metro Times also found instances where claimants were charged with fraud by Midas, despite never having obtained unemployment benefits.

“While states have broad authority and are strongly encouraged to use a variety of continuing methods to prevent, detect and recover improper payments,” Wu wrote, “states also must ensure that individuals’ rights are protected.”

The state currently has two motions to dismiss the federal lawsuit, saying the discontinuation of Midas as a determiner of fraud renders the case moot.

Problems with the UIA cited in the lawsuit that are still prevalent, he said, include an automatic fine that is four times what individuals are accused of owing, unauthorized seizures of income taxes, and confusing fraud notices.

The state legislature is expected to consider a bill that’s aimed at addressing problems with Midas later this year.