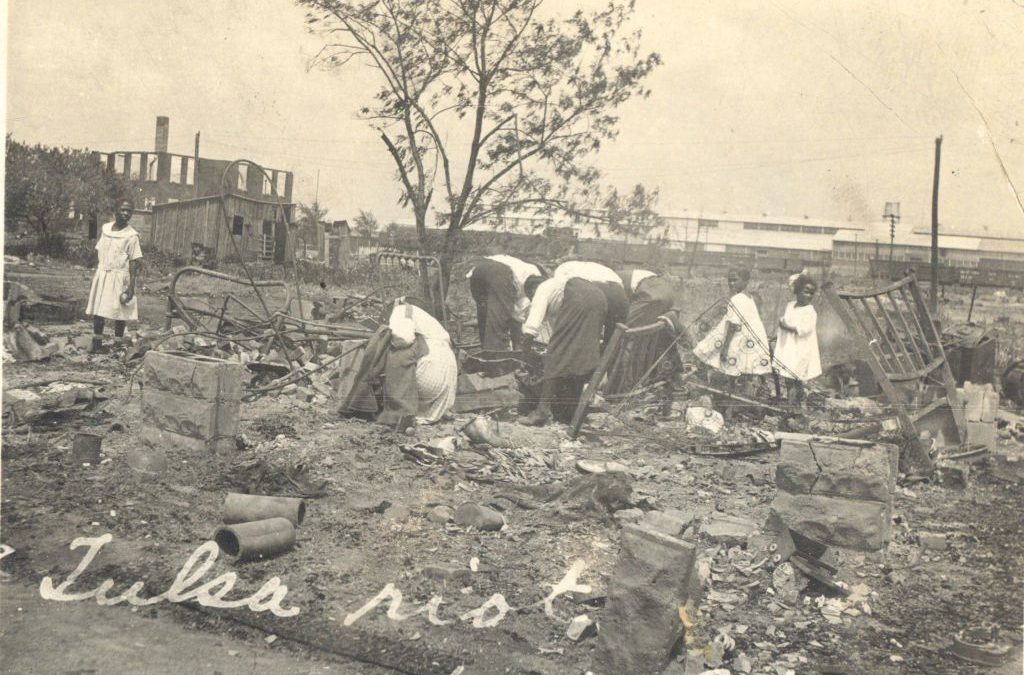 Archeologists in Tulsa, Okla., have identified what might be a mass grave of people killed during the 1921 Tulsa Race Riot, a massacre that occurred in a thriving black neighborhood, killing an estimated 300 people and leaving nearly 10,000 homeless.

The Oklahoma Archeological Survey announced Monday that it used three different types of technology to locate what may be the burial site in what is now also a cemetery. Officials will now have to decide the next steps and whether to excavate the grounds.

“It’s exciting and sobering at the same time because of what it is,” says Scott Hammerstedt, a senior researcher at Oklahoma Archeological Survey of the University of Oklahoma who helped lead the fieldwork. “It was a big relief to find something, to know that there’s something there and there’s something we can bring forward to the community. It can be a step forward to getting some closure.”

On June 1, 1921, the Greenwood District of Tulsa experienced the deadliest act of racial violence in U.S. history. The scene was famously recreated in the series opening of the “Watchmen” HBO series released this year.

A 2001 report published after a state investigation determined the likelihood of mass graves to bury those who were killed and it narrowed down three locations where the bodies could be located.

In 2018, Tulsa mayor G.T. Bynum announced that the city would begin an investigation to learn what happened to the bodies. The investigation led to the formation of the 1921 Race Massacre Graves Investigation Public Oversight Committee that includes descendants of massacre survivors.

“We have always believed that mass grave sites existed and we are pleased that the investigation has been reopened,” says Mechelle Brown, program coordinator at the Greenwood Cultural Center in Tulsa. “We are just hoping for some closure.” to read more, click here