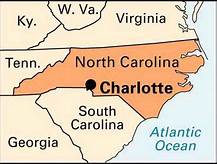 Charlotte, North Carolina has a black mayor, a black police chief, a black fire chief, a black school board chair, a black district attorney, and it will soon have a black sheriff — and the state’s former governor is very upset about this fact.

As governor, Republican Pat McCrory signed the most comprehensive voter suppression law in the nation. Indeed, this law was arguably the most aggressive attempt any state made to keep black voters away from the polls since the Jim Crow era. As a federal appeals court that struck the law down explained, state lawmakers studied racial voting patterns within the state, and then “enacted legislation restricting all — and only — practices disproportionately used by African Americans.” Flash forward to less than two years after McCrory lost his reelection bid, and the ex-governor is now a talk radio host in Charlotte. And he’s not the least bit happy that his city will be led by black people. to read more of this story, click here