Coping with a changing America; how some are dealing with it 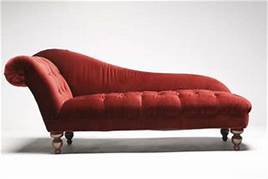 Angry young white men, the “incel rebellion” and an age of worldwide reaction

White supremacists, online misogynists and the rise of the far right: How to fight a rising tide of resentment

If there is one thing that seems to unite the most extreme political reactionaries throughout the world, it is their gender. Whether it’s alt-right white supremacists marching in Charlottesville with their tiki torches, misogynist “incels” and men’s rights activists who believe feminism is the root of all their problems, or Islamic extremists who aim to restore the caliphate, one thing is constant: they are overwhelmingly male.

It is hardly surprising that men are more susceptible to the allure of reactionary politics, considering that it’s much easier for men to romanticize the past than it is for women (or any previously oppressed or mistreated group, such as LGBTQ people). Patriarchy has long been the norm in Western and non-Western societies and cultures, and thus women are less inclined to feel nostalgic for some “golden age” in history when they were treated as second-class citizens.

Needless to say, in America there is another important factor that increases the likelihood of one adopting a reactionary political ideology: being white. This was evidenced in a recent Pew Research Center analysis, which found that although millennials are the most progressive generation (and lean overwhelmingly Democratic), white male millennials are more more likely to support the Republican Party.

This victim mentality that many white men have developed today stems in part from what sociologist Michael Kimmel has called “aggrieved entitlement,” which he describes as “that sense of entitlement that can no longer be assumed and that is unlikely to be fulfilled.” click here to read more