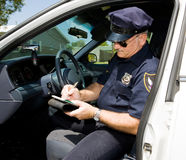 Henry Williams, surrounded by his attorneys, attends a news conference after a grand jury declined to indict Memphis Police Officer Connor Schilling in the shooting death of his son Darrius Stewart in November. (Mark Weber/AP)
By Wesley Lowery December 24

Darrius Stewart was riding around with friends one night in July, sitting in the back seat of their faded blue Chevy Malibu, when a Memphis police officer noticed a missing headlight and signaled for them to stop.

The officer, Connor Schilling, asked everyone for identification, found two out-of-state warrants for Stewart, 19, and pulled him out of the car. A half-hour later, Stewart was dead.

Stewart was one of more than 100 people shot and killed by police after a traffic stop this year, according to a Washington Post database tracking deadly police shootings. Like Stewart, 1 in 3 of them was black, making the roadside interaction one of the most common precursors to a fatal police shooting of a black person in 2015.

The shootings of blacks, whites and Hispanics were about equally likely to result from a traffic stop; across all races, getting pulled over was the precursor to about 11 percent of fatal police shootings, the Post database shows.

However, blacks accounted for a disproportionate share of ­traffic-stop deaths, a finding that experts on policing said provides fresh evidence that blacks are pulled over more frequently than other drivers.
Darrius Stewart was shot and killed by Memphis police officer Connor Schilling on July 17, 2015. (Memphis Commercial Appeal)

Justice Department investigations of local and state police agencies have repeatedly found evidence of racial disparities in traffic enforcement. Last year, the Justice Department released a national survey showing that black drivers were significantly more likely than whites to have been pulled over in the previous 12 months.

“In a society where the perception is that certain types of people look more suspicious than others, and when officers are directed to stop suspicious people, they will stop young African Americans in much higher rates than whites,” said Charles Epp, a professor at the University of Kansas and the co-author of “Pulled Over,” a 2014 study of racial disparities in traffic stops.

Epp said black people are also more likely than whites to be targeted for investigatory stops, in which officers stop a car primarily to search for drugs or check for warrants — an inherently tense situation that may explain the higher proportion of deadly shootings involving black drivers.

Such stops are “virtually guaranteed to produce cases where violence erupts,” Epp said. “It is a pressure cooker.”

Police groups have long debated the role of racial profiling in policing and are quick to note that officers approach stopped vehicles on high alert no matter the driver’s race. These roadside encounters can quickly turn deadly for officers as well.

“The two most dangerous things that an officer can undertake are responding to a domestic violence complaint and stopping a car,” said James O. Pasco, executive director of the National Fraternal Order of Police. “An officer making a stop has absolutely no idea in the majority of cases who is in the car or what their frame of mind is.”
Body camera, cell phone video show 17-year-old’s fatal encounter with officer
Play Video5:52
On Feb. 28, 2015, 17-year-old Deven Guilford was pulled over in a routine traffic stop in Eaton County, Mich., after flashing his high beams. Less than six minutes later he was dead. Here is the full body camera and cell phone footage showing what happened. Prosecutors declined to charge Sgt. Jonathan Frost for shooting and killing Guilford, saying it was self-defense. (Gillian Brockell/The Washington Post)

Seven of the black victims were unarmed, the Post database shows, making a traffic stop one of the most common situations in which an unarmed black victim died by police gunfire. In addition to Stewart, the list includes Walter Scott, 50, who was shot in the back in April in North Charleston, S.C., after being stopped for a broken taillight. And Samuel DuBose, 43, who was shot in the head in July after being stopped near the University of Cincinnati for a missing tag. Officers in both cases have been charged with murder.

However, about half the black men and women who died during traffic stops either fired a gun or brandished a weapon, the Post database shows. And according to information maintained by the Officer Down Memorial Page, six of the 36 police officers shot and killed by a suspect while on duty in 2015 died after pulling someone over.

Every officer’s nightmare is what happened in May to Hattiesburg, Miss., officers Benjamin Deen and Liquori Tate. Deen was a white six-year veteran; Tate was a black rookie, just 11 months out of the police academy. One Saturday night, they pulled over a speeding Hyundai Azera driven by a 22-year-old black woman.

Deen decided to search the vehicle, police said, asking the woman and two passengers to step out of the car. One of them, Marvin Banks, 26, allegedly opened fire. As Deen and Tate lay dying on the pavement, Banks, who also was black, allegedly stole their patrol car. Banks was later arrested and charged with capital murder. Earlier this month, he was found dead in his jail cell.

The combination of jumpy officers and anxious drivers means that traffic stops are often one miscalculation away from disaster, regardless of the driver’s race. Take the case of Deven Guilford, a white 17-year-old on his way to his girlfriend’s house in February after a pickup basketball game at his church’s gymnasium.

Guilford was weaving through the snow near Lansing, Mich., when he flashed his headlights to signal to an oncoming driver to turn off his high beams. The driver turned out to be Eaton County Sheriff’s Sgt. Jonathan Frost, who quickly did a U-turn and pulled Guilford over.

Guilford argued with Frost, a white officer, and refused to produce his driver’s license, so Frost ordered Guilford out of the car. What happened next was captured on Frost’s body camera and on Guilford’s smartphone.

After some yelling back and forth, Guilford voluntarily exits the car and lies on the ground — but he refuses to set down his cellphone. Frost approaches, tells Guilford to put his hands behind his back and then shocks him with a stun gun.

“What are you doing?” Guilford yells. “Officer?”

Then the video goes black. Audio from the body camera captures the sound of at least seven gunshots, and Guilford emits a piercing scream.

Frost said Guilford got up and attacked him. Attorneys for Guilford’s family said he tried to run away. Photos taken soon after the incident show Frost apparently bleeding from the forehead.

In June, prosecutors announced that Frost would not be charged with a crime, and they released the video of the encounter. Guilford’s parents initially accepted the decision not to charge the officer, according to their attorney, Hugh Davis, assuming “that Deven must have done something egregiously wrong for this to have happened.”

After that, they hired Davis to file a wrongful death lawsuit that alleges that Frost’s “entire course of action was illegal.”

“Deven went from flashing his lights to being dead six minutes later,” Davis said. “And there is no explanation for it.”

In a response to the lawsuit, Frost’s attorney, James Dyer, said Frost reasonably feared for his life when he fired his weapon.

“Sgt. Frost had a reasonable belief that Deven Guilford intended to inflict death or serious and imminent personal injury to him, creating a justifiable need for the use of force,” Dyer wrote in court filings. “As a result, the actions taken by Sgt. Frost were objectively reasonable.”

In Memphis, Stewart’s family contends that race is the only reason that Stewart was asked to produce identification.

“If they were going to be given a ticket, then give them a ticket and let them go,” said Stewart’s father, Henry Williams. “If our son wasn’t black, there was no way they would have asked him for ID for just sitting in the back seat of that car.”

Stewart was “a victim of racial profiling,” said the family’s attorney, Carlos Moore. “He was the passenger in the back seat of a car that had a missing headlight. There was no reason for him to ever have been asked to step out of the car.”

Memphis police declined to discuss the case, saying they had turned the probe over to state officials to guarantee a full and transparent investigation.

“This incident is on the forefront of media coverage, and I’m equally aware of the national sentiment and the appearance of this shooting: A Caucasian police officer shoots and kills an African American man,” the Memphis Police Department director, Toney Armstrong, told reporters soon after the shooting. “There are questions that must be answered.”

Last week, a judge ordered officials with the Tennessee Bureau of Investigation to release 918 pages of documents, sworn statements and evidence collected as part of the investigation into Stewart’s shooting. According to those documents, Schilling focused on Stewart after finding outstanding warrants in Iowa and Illinois, including one related to a charge of second-degree sexual abuse of a child under 12. Stewart was 13 at the time.

At first, Schilling told investigators, Stewart went voluntarily to the patrol car: “He seemed like he was going to give me no problems.” But when the officer attempted to handcuff Stewart, he kicked the patrol car door and leaped at Schilling. That led to a violent struggle on the ground during which Stewart gained control of the handcuffs and began using them to hit Schilling in the face.

“I realized that if he strikes me and I go unconscious . . . he’d have complete control over me,” Schilling told investigators. “I . . . took out my duty weapon and shot him twice in the chest.”

The autopsy report showed that the first bullet had indeed entered the front of Stewart’s body. But the second bullet entered Stewart’s upper left arm and exited the front of his body. Three passersby who witnessed the struggle told police that Stewart got up and tried to run away after the first shot was fired.

Within minutes, paramedics arrived. “I need some water,” Stewart gasped, according to the Memphis Fire Department’s incident report. “I’m about to die.”

By the time they got him to the hospital, he had.

Prosecutors recommended that Schilling be charged with involuntary manslaughter, but a local grand jury last month declined to indict him. Schilling’s attorney did not return calls seeking comment.

In the meantime, Williams says the chest-clenching pain of losing his son remains fresh. Every day or so, he finds himself driving back to Winchester Road, the broad thoroughfare where the blue Malibu was pulled over on that hot July night.

“I just stop, and I look,” Williams said. “And then I get back in my car and drive away.”

Julie Tate and Jennifer Jenkins contributed to this report.