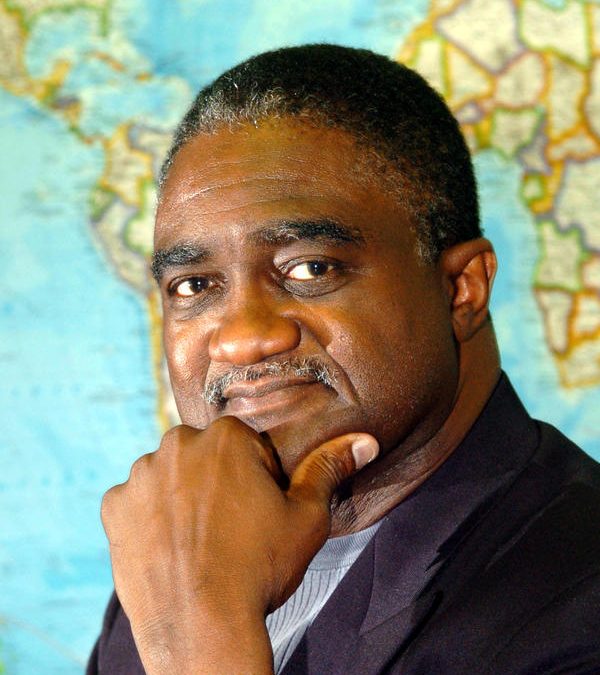 George Curry, the legendary columnist, commentator and champion of black journalists, died of sudden heart failure on Saturday. He was 69.

Curry grew up in Tuscaloosa, Ala., where he was childhood friends with Bernard Lafayette, the current chairman of the Southern Christian Leadership Conference. “This is a tragic loss to the movement because George Curry was a journalist who paid special attention to civil rights because he lived it and loved it,” Lafayette told Trice Edney News Wire.

Curry began his career as reporter for Sports Illustrated and The St. Louis Dispatch. In the 1990s, he was the editor of Emerge, an edgy political and cultural publication with the tag line “Black America’s Newsmagazine.” In 1993, the cover depicted Supreme Court nominee Clarence Thomas wearing an Aunt Jemima-style handkerchief next to the word “BETRAYED.”

Curry was the first African-American to be elected president of the American Society of Magazine Editors.

After Emerge folded in 2000, Curry led the news service for the National Newspaper Publishers Association for nine years. He wrote a syndicated column that was published in black newspapers all over the country, and he frequently appeared as a commentator on television and radio news programs.

NPR’s Karen Grigsby Bates interviewed Curry on numerous occasions. In 2012, she spoke to him about how the media approached the murder of Trayvon Martin, an unarmed black teenager who was shot to death by a white man in Florida.

” ‘The black press plays a unique role, because they know right away and can recognize these kinds of stories and the value of them,’ Curry says.

Curry thinks part of the lag between when black and mainstream media began covering the Martin shooting can be accounted for by the communities’ different interaction with law enforcement.

In 2014, Curry told Bates “there is no event in my life that has been more transforming than the murder of Emmett Till,” adding that another major black magazine, Jet, had been crucial to his understanding of the murder as a young man.

In an obituary, the current editors of Jet wrote, “Curry was largely thought of as an unapologetic steward and champion for the Black press and frequently expressed the need for it in the civil rights narrative.”