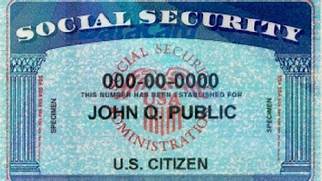 House Republicans released a proposal Tuesday that would balance the budget in nine years — but only by making large cuts to entitlement programs, including Medicare, that President Trump vowed not to touch.

The House Budget Committee is aiming to pass the blueprint this week, but that may be as far as it goes this midterm election year. It is not clear that GOP leaders will put the document on the House floor for a vote, and even if it were to pass the House, the budget would have little impact on actual spending levels.

Nonetheless the budget serves as an expression of Republicans’ priorities at a time of rapidly rising deficits and debt. Although the nation’s growing indebtedness has been exacerbated by the GOP’s own policy decisions — including the new tax law, which most analyses say will add at least $1 trillion to the debt — Republicans on the Budget Committee said they felt a responsibility to put the nation on a sounder fiscal trajectory.

“The time is now for our Congress to step up and confront the biggest challenge to our society,” said House Budget Chairman Steve Womack (R-Ark.). “There is not a bigger enemy on the domestic side than the debt and deficits.” to read more o this article,click here