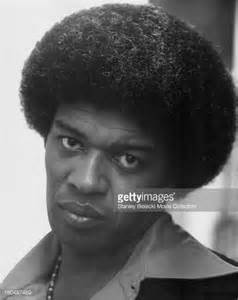 Actor Bernie Casey, who appeared in such films as Boxcar Bertha, Never Say Never Again and Revenge of the Nerds after a career as a standout NFL wide receiver, has died. He was 78.

Casey, who also starred in Cleopatra Jones and several other blaxploitation movies of the 1970s, died Tuesday after a brief illness at Cedars-Sinai Medical Center in Los Angeles, his representative told The Hollywood Reporter.

In the Warner Bros. drama Brothers (1977), Casey distinguished himself by portraying a thinly veiled version of George Jackson, a member of the Black Panther Party who was killed in what officials described as an escape attempt from San Quentin in 1971. His writings had inspired oppressed people around the world, and Bob Dylan recorded a song as a tribute to Jackson in 1971. In Bill & Ted’s Excellent Adventure (1989), Casey played schoolteacher Mr. Ryan (“Who was Joan of Arc?” he asks, and Keanu Reeves’ Ted guesses, “Noah’s wife?”), portrayed a detective opposite Burt Reynolds in Sharky’s Machine (1981) and stood out as the prisoner who protects Eddie Murphy in jail in the sequel Another 48 Hrs. (1990).

And not long after he unexpectedly retired from the Los Angeles Rams, Casey portrayed Chicago Bears player J.C. Caroline in the 1971 ABC telefilm Brian’s Song, the heart-wrenching tale about the friendship between Brian Piccolo (James Caan) and Gayle Sayers (Billy Dee Williams).

A true Renaissance man, Casey also was a published poet as well as a painter whose work was exhibited in galleries around the world.

Bernard Casey was born on June 8, 1939, in Wyco, W.Va. He was raised in Columbus, Ohio, and attended Bowling Green on a football scholarship (he returned to the school years later to earn a master’s in fine arts).

An elegant 6-foot-4 halfback and flanker, Casey led the Falcons to the national “small college” championship in 1959 and was named to the Little All-American team. He also excelled in the high hurdles for the track team and competed in the 1960 U.S. Olympic trials.

The San Francisco 49ers made Casey the ninth overall pick in the NFL Draft, and he spent six seasons with the team (1961-66) as quarterback John Brodie’s favorite receiver. In one game in his final year with the team, he caught 12 passes for 225 yards.

Casey then spent two solid years with the Rams but shockingly retired in his athletic prime before the 1969 season, finishing his pro career with 359 catches for 5,444 yards and 40 touchdowns. Just 30, he wanted to concentrate on acting, painting and poetry.

“When that sojourn is over and you’re 32 or something, when most people are just beginning to understand who they are, what they can do and what life is all about, you have been considered in the world of sports a dinosaur,” he once said in a piece for NFL Films. “From that point on, it’s a downward spiral into the abyss of non-consideration and obscurity and a lot of other things that they never recover from. I want to think in my instance, it’s the beginning. There’s a lot of life left after 32.”

Casey made his movie debut in the sequel Guns of the Magnificent Seven (1969) and then starred opposite Jim Brown, another recently retired NFL star, in …tick… tick… tick… (1970).

Casey received top billing in Hit Man (1972) as the title character, a no-nonsense guy who investigates his brother’s death at the hands of mobsters, and then played Reuben Masters, Tamara Dobson’s lover, in Cleopatra Jones (1973).

On television, Casey played a minor-league baseball coach who could still hit on the short-lived Steven Bochco drama Bay City Blues and was in Roots: The Next Generations and Star Trek: Deep Space Nine.

Casey received an honorary doctorate degree from The Savannah (Ga.) College of Art and Design, where he served for years as chairman of the board and advocated for arts education.

He had many fans of his paintings.

“I cannot see what Bernie Casey sees,” Maya Angelou said in 2003 to promote an exhibit of his work. “Casey has the heart and the art to put his insight on canvas, and I am heartened by his action. For then I can comprehend his vision and some of my own. His art makes my road less rocky, and my path less crooked.”

Duane Byrge contributed to this report.