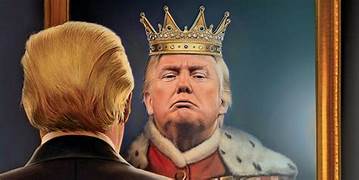 Let’s say we had a president who did the following: Redistributed wealth by taxing the rich and giving to the poor. Boosted entitlements. Signed a law to strengthen workplace safety. Poured money into cleaning up the environment. Even helped finance National Public Radio. Liberals would be pleased, right?

We did have such a president. His name was Richard Nixon.

Of course, all this is largely forgotten today, overshadowed by Nixon’s involvement in Watergate — the scandal that drove him from office in 1974, as impeachment and possibly even Senate conviction were nipping at his heels.

Because of this mixed legacy, Nixon ranks as the 28th best president (or the 16th worst, depending on how you look at it) in a 2017 C-SPAN survey of historians. In 10 categories, he scores near the middle for most, though 10th for “International Relations.” But in terms of “Moral Authority” he’s near the bottom, ranked 42nd. Lying to the American people and covering up a Constitution-shredding crime will do that to a guy.

How will historians rate Trump?

President Donald Trump will be included in the next survey, which is taken every time we have a new president. Where do you think he’ll rank? For starters, let’s compare his actions with all the Nixon accomplishments mentioned above. Trump is the anti-Nixon. After lying through his teeth in 2017 about how “the rich will not be gaining at all with this plan,” he gave them (and himself) a huge tax break.

Entitlements? He has reportedly told Senate Republicans that cutting Social Security and Medicare could be a second-term project. We got a preview of his plans to do just that in his 2020 budget blueprint in which he proposed cuts. Funny, Trump likes to run his mouth on Twitter and at his rallies, but this is something he hasn’t blabbed to his wide-eyed, believe-whatever-he-says base…… to read more, click here